Sometimes I realize there are items I use on a daily, weekly or monthly basis and do not always talk about them on the site.  When appreciating two of these items earlier this week, I decided I should do a quick post about them.

It's Spring in the USA...that means Charlie and Trigg's coats have started to molt from their winter fluff to their less thicker summer coats.Unfortunately, Charlie's coat started to molt right when he got his dental on March 14, 2018.  My cats HATE being groomed.  HATE IT....but they usually take pretty good care of their coats and mats aren't an issue.However, since Charlie was pretty doped up after his dental, he did not keep his coat in good repair for three days and all of a sudden I started feeling mats on him - and they just continued to grow. This comb has been great about helping me get through the mats and pull them out.  We do two a day.  He hates it, but this comb if so efficient - with the steel tines and varying lengths, it helps it get through the fur in the mat.I do keep this brush on my counter in the winter for their manes because they will get their fur stuck in their mouths...or they will get their fur in their food or water bowl and it will clump together. This comb quickly separates everything out.It's great for kitty pantaloons too!The Safari Cat Shedding Comb sells on Amazon 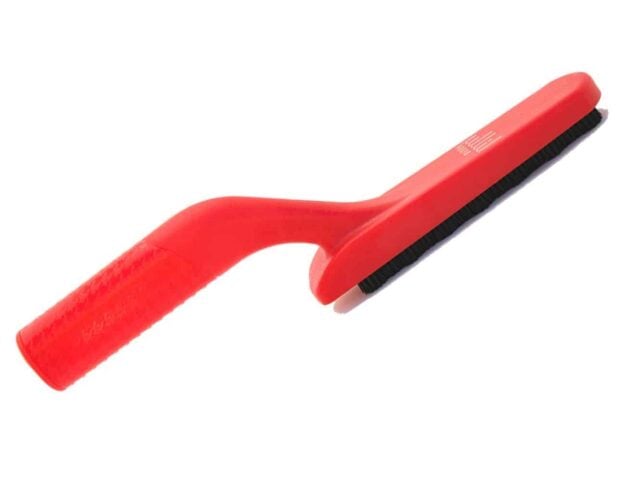 This is a different kind of cat grooming tool - not used on the cat....but definitely used for cat hair removal!  Bless Elsie for inventing this brush. It's actually the second product they released - the original Lilly Brush has one row of brush bristles, whereas this one has two rows of brush bristles. It is the quickest tool I have found to get cat hair off of furniture.I just posted this before and after photo on our Facebook page the other day - literally, get the hair off in 2 seconds with a few swipes. It removes hair so much faster than vacuuming - so then when you are vacuuming, you are literally vacuuming dirt and lint off - not scraping cat hair for hours.The Lilly Brush Be Forever Furless sells on Chewy 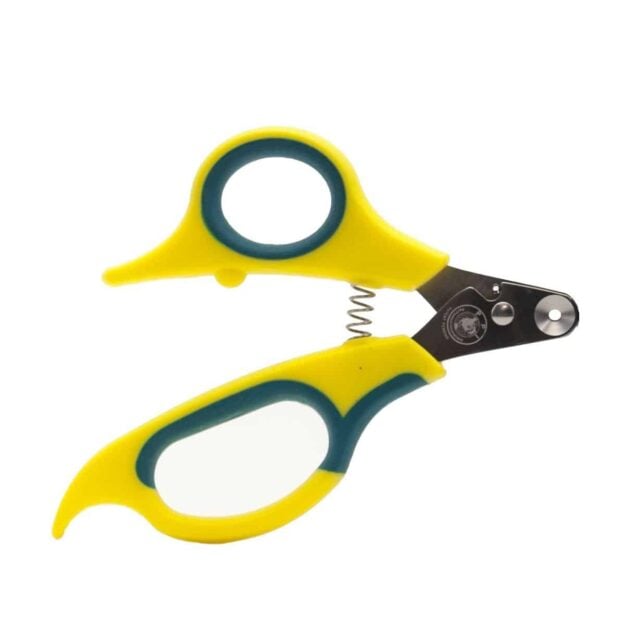 I hope these are around as long as I am around to cut cat claws - they are the easiest claw clippers I have ever come across. They have a conical blade design, which allows you to insert your cat's claw into the hole and then you just compress the two handles for it to clip the claw. It's quick, it's easier on the cat's claws and also helps to prevent you from clipping their quick. The only tricky thing about these clippers is figuring out which size you need for your cat's claws. But they have a nifty sizing guide for that.  We have the yellow ones and they work perfectly for both of my Ragdoll cats.The Zen Clipper Pet Nail Clippers sell on Amazon or you can buy the Zen Clipper on manufacturer's website.