​​Theo - Ragdoll of the Week 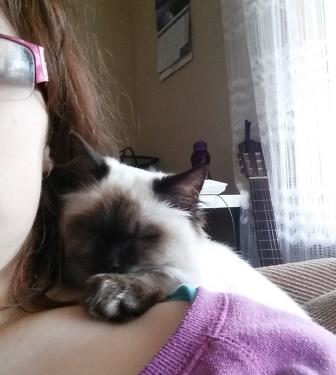 but i could never afford to buy one

anyway a few years later and a few life changes my partner an i were looking to get a kitty we were looking around we went to see a few moggies but i just didn't feel happy with any that we saw. then one day my partner decided to ask the owner of the pet supplies place near us she told us of breeders who were selling ragdolls, Bengal and Devon Rex at a very low price as they were down sizing so we contacted them and went and had a 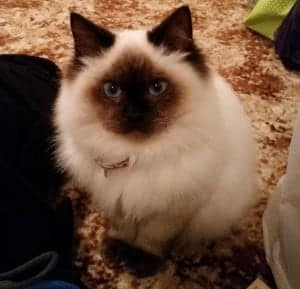 look.The moment i walked in their place i saw Theo instantly and wanted him instantly he was so cuddly and didn't want me to put him down i got him then and there my partner wanted me to look at the other cats first but i didn't care about the others i just wanted him

i only paid $280 for him desexed and everything. we were about to move at the time so the breeders agreed to keep him we paid for him and they kept him for us he was about 9 months when we picked him up he is now 13 months old and getting big

he's such a lovely loving cat when i feel down or i'm sick he's right there giving me loves and cheering me up. the only bad thing is he has sizures every month and a half the vets have no clue why. he can be a little odd he prefers rolled up paper bags to most cat toys he loves mice though and his scratching posts he hates lasers and catnip he puts up his nose like he's too good for it. 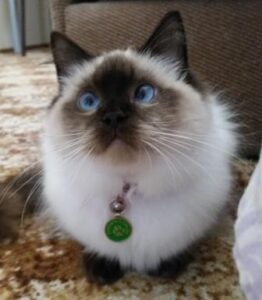 Theo got his name from Theodore Roosevelt as people also called him Teddy and Theo looked like a teddy but i didn't want to call him that and of course Theo from alvin and the chipmunks.

he has a youtube channel it's only new though.

He also has his own Facebook page called Theo the ragdoll

I love him very much he has made our lives so much better even though he can be a little brat at times. 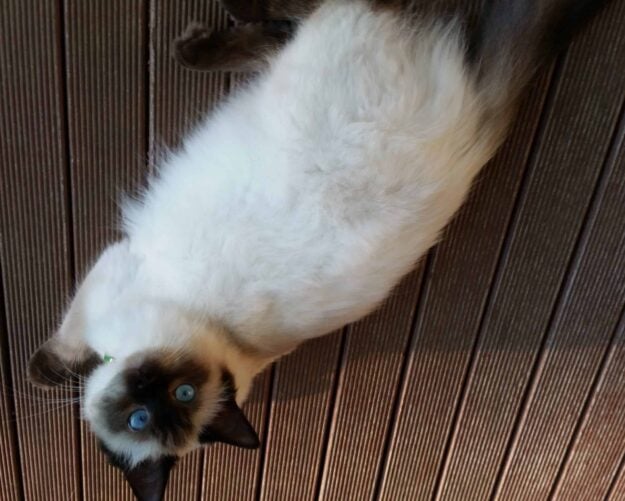 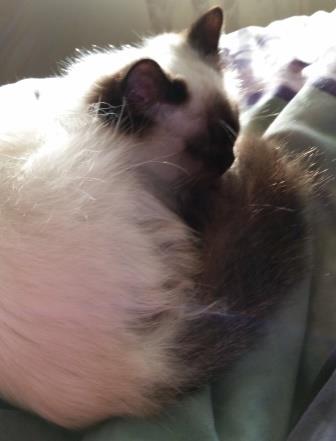